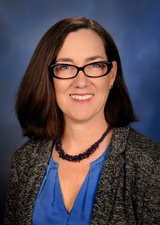 Kelly Cassidy (born 1967/1968) is an American politician from Chicago. She is a Democrat and a member of the Illinois House of Representatives. She was appointed to represent the 14th district, on Chicago's North Side, in April 2011 following incumbent Harry Osterman's election to the Chicago City Council. She took office on May 16, 2011. Most notably Kelly Cassidy was the chief sponsor of House Bill 1438, making Illinois the first state to legalize the Adult-Use of Cannabis though legislature, not a ballot measure.