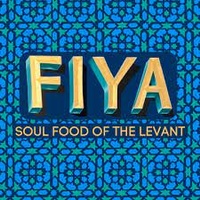 FIYA, a modern Arab/Israeli restaurant serving what we like to call “soul food of the Levant”. We have been regular visitors to this part of the world, and fans of early expressions of the cuisine in the U.S. (Shaya/Saba in New Orleans, Zahav in Philadelphia, Galit in Chicago). We have been especially drawn to the restaurants of the heralded Israeli chef Eyal Shani and have extensively sampled his work in Tel Aviv. (Our daughter lives in Tel Aviv and is a dual American-Israeli citizen.) We love that this food, though steeped in tradition, is a reflection of how many of us want to eat today - naturally veggie forward and healthy, but with enough glimmers of indulgence to be satisfying and exciting.
The Fiya team is Mindy Friedler, of Ashkenazi Jewish descent who knows her way around a good knish, Mark Bires, Jerry’s chef (and Mindy’s decidedly not Jewish husband) who was our first booster of the idea, and Liad Rozgovich who will be Fiya’s chef. Liad is an Israeli trained chef who is now a resident of Chicago and a recent graduate of the French Pastry School here in Chicago. And, Eileen Kerbel, Jerry’s/Geraldine’s terrific baker, will consult (kibbitz) on the baking/dessert program.
We like to say (cleverly?) that Fiya will be a neighborhood restaurant with a heart of fire and the soul of a shuk (market). Fire because the restaurant will have a wood-burning oven in the center of the floor as well as a wood smoker in the kitchen. Shuk because we fell in love with the food and the vibe of the neighborhood restaurants in and around the shuks which form a central part of many Mid